Runnin' just as fast i can!

I have considered myself a runner for about 6 years now. Running is definitely not for everyone but I loved it from the first time I laced up my shoes and toured the neighborhood. And by love it I mean I really really loved the whole feel of running. I loved the racing of my heart, the flushed euphoric feeling immediately post run, the actual runners' high (always after 2 miles) where I didn't even feel the effort of the run. Running has always made me feel like I am Buffy Summers - Slayer of the Vampires! I know, sounds a little dorky but its true. I've always admired kickass female characters and Buffy is the epitome - if I could be a kickass chick, that's who I would be. Running makes me feel strong, like I can take on the world! Running makes me feel free, powerful, strong, pretty much able to kick some ass myself! And running always came so easy for me when I first started. Granted I have never been fast (10 min mile) but my personal pace is just a little slow - biking, hiking, kayaking - my personal speed is moderate and ain't nothin' wrong with that! 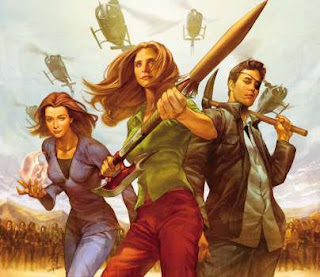 Like I said, running was easy until the summer after I finished my PhD, in 2008 when I came back from a run (that I forced my visiting sister Meg to go on with me) and I could barely walk. Out of nowhere - pain! Went to my lovely and much missed podiatrist (I moved) only to discover I had developed the scourge of all runner foot problems -plantar fasciitis. If you have never had it, count yourself lucky - if you have, I feel your pain! It sidelined me from running. The only cure is rest, so rest I did. Pretty much all summer long and after I moved to a new place and started a new job. All the stress of something new and unknown without my stress relief outlet of running - that was tough! Whenever I visit a new place, I run - helps me get the feel for a place, find my way away around. Driving and biking are too fast, walking is too slow - I like the exploration run. Not this time though. I have to sit, frustrated for almost a year and a half waiting for my feet to finally feel better. I start biking and spinning which is great but just not the same. I always felt like an impostor, buying the bike gear when all I really needed was a pair of shoes and a good running route.

And then my husband decided he wanted to try running and of course he was great at it - it came easy. Before I knew it, we were in a new place with new people and suddenly he was the runner, competing in races and I was feeling like the outcast - the lazy plump girl on the sidelines. You can't just go around explaining to people that you used to run but now your feet hurt, you've put on a little extra weight 'cause you can't run anymore - you just sound like a fake whiner who's making excuses for their current position in life. I didn't think it would hit me that hard - stopping running. My stress outlet, my space to work through all the crap in my brain, my escape was gone and I got lazy. I didn't enjoy anything else enough to stick with it and my fitness dropped - more than it's ever dropped before. My identity as a runner was gone and it was a little hard to deal with. But I had to rest my feet. I pushed it a few times, tried running too early or too far and the feet would start hurting again. As they say though, time heals all wounds.

I suddenly realized, in Fall 2009 (a year and a half without running), my feet didn't hurt any more. I couldn't believe it - was it true that I could try running again? So I did - just slowly at first - 2 miles. And it was soooo hard! It was never hard like that in the beginning but being older and heavier and more out of shape - the run was a slog. But I tried the next day and the next and suddenly I was up to 3 and 4 miles fairly comfortably. Still a struggle mind you - still taking walking breaks and running so frickin' slow (12 min mile!!!! ridiculous!) - I didn't even know it was possible to go that slow.

Last weekend I ran my first real race in a long long time (over Thanksgiving I did a turkey trot 5k in upstate New York which was ok - my lovely sister Amy stuck with me the whole time). This race I just did was a respectable 10k over in Hyannis, MA. The first race I ever did 6 years ago was a 10k - I was about 13 minutes slower this time which actually made me quite happy. I did the race, I survived it, and I got a decent time for very slow me. Can't say I really enjoyed it, can't say I found the exhilirating high of the race, but I was proud of myself for doing it, finishing it and feeling strong about it. I'm really fighting to bring back my running identity, my strength identity, my tough girl identity.

Since I started running, I have always wanted to run a half marathon - I just never got to that goal before my feet got hurt. I was always waiting until I was stronger, faster, etc. I've decided (and this is kinda my New Year's Resolution) that I'm not waiting anymore - for anything I want to try. There's no sense waiting to live until tomorrow or next month or whenever. I'm doing it now. Soooo - I have just started training for a half marathon. The race is 12 weeks from now on Memorial Day weekend - May 30th. It's in Hyannis, actually it's very similar to the course I just ran for the 10k. I am training for this race, building strength and trying to get faster but I'm going into this knowing that I won't be fast and I'll probably walk a little bit. But as long as my feet don't give out on me I will be trying this race and hopefully, somewhere along the way, I will find my joy in running again!
Posted by Jen Karberg at 12:06 PM 6 comments:

Who says Nantucket's grey in the winter? 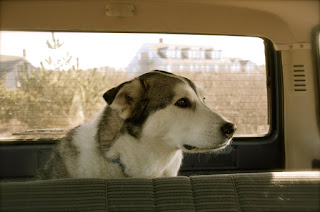 After day after day of rain - Sierra is ready to get out! Dog are only allowed on Great Point during the winter otherwise they chase and eat the endangered shorebirds, yum tasty plovers... 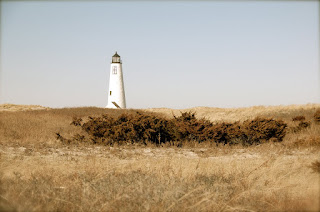 Great Point Faro - about as 'remote' as you can get on Nantucket! 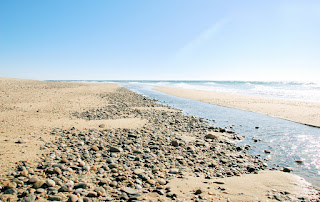 Sure looks warm doesn't it? 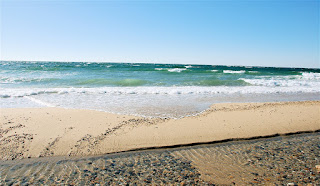 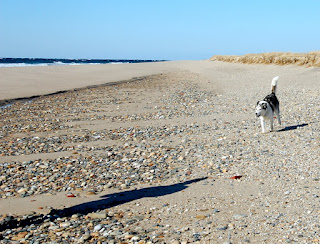 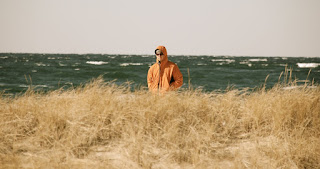 And Noah's cold - see it may look warm out with the sun and the blue sea and the whole beach atmosphere but it's not. You forget, on Nantucket there's the gusty freezing wind and cold cold water - not a bikini and swim trunk day! 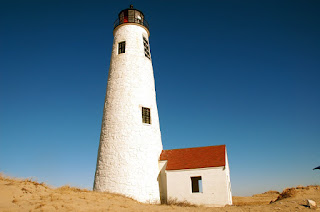 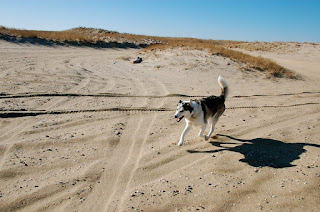 A winter adventure on Nantucket just chases the apathy and boredom away!
Posted by Jen Karberg at 9:08 AM 3 comments:

Find Me: Social Media and Research